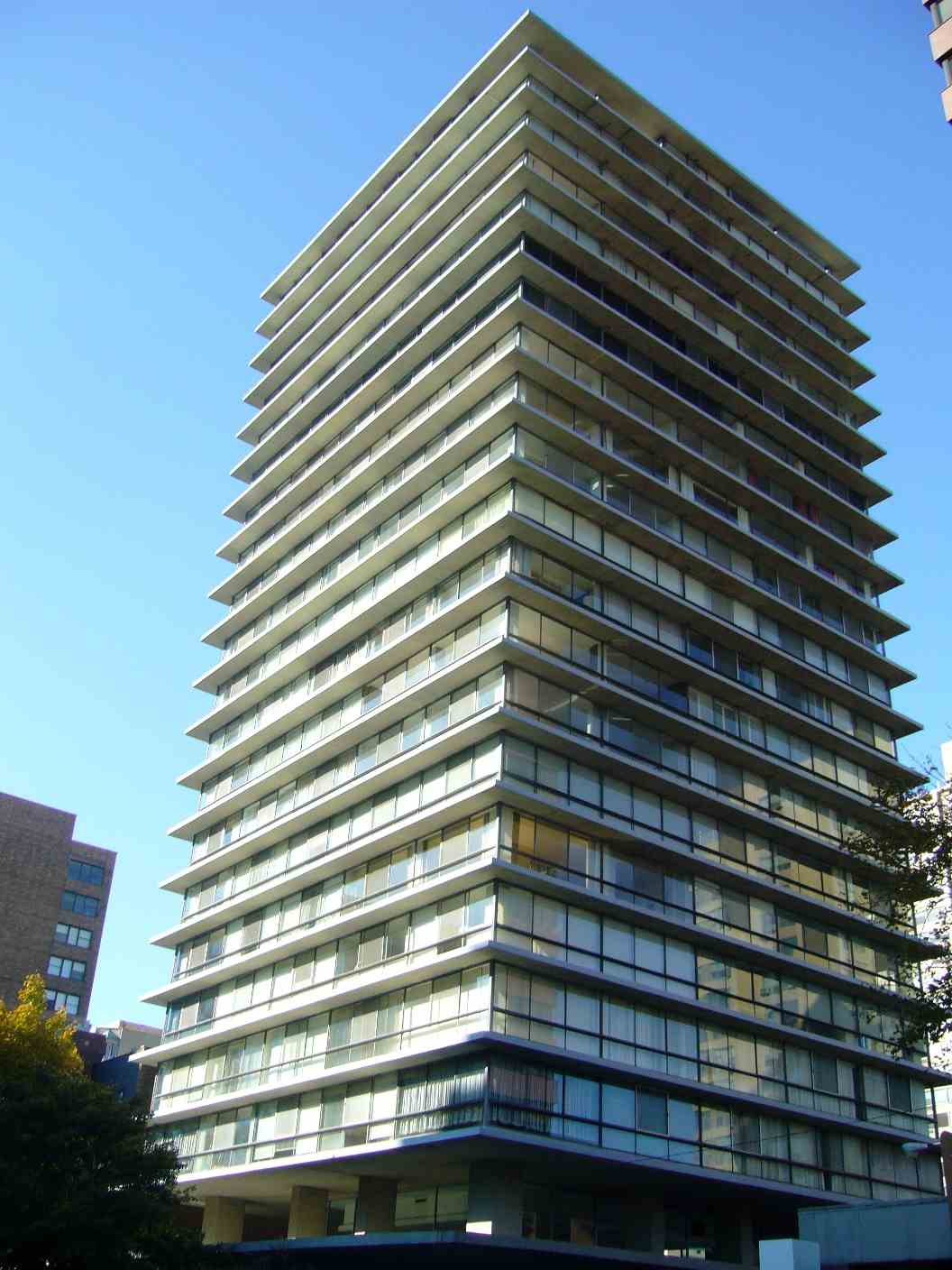 Milton M. Schwartz (born 1925) was one of Chicago's most important designers of t

he postwar decades.  His buildings are a classic example of Modernism.  Schwartz was influenced by the European masters Le Corbusier and van der Rohe.

320 West Oakdale Avenue is an important work of Milton Schwartz and was the topic of much conversation in the Chicago area in the 1950's.  With its glass walls and concrete surrounds, it has been noted in architectural publications eg, the AIA Guide to Chicago Buildings.  Further, the Chicago Art Institute has a set of drawings for the building.

What is now Lakeview was known as Meekerville up to the 1950's.  A zoning change in 1948 allowed high rise buildings to be built and 320 Oakdale was among the first with a string of lakefront highrises to follow, all the way along the lakefront almost to Evanston.
(Excerpts from a write-up by Bob Brueggman, professor at UIC)

Cooler By The Lake--Lee Bey's commentary on 320 West Oakdale